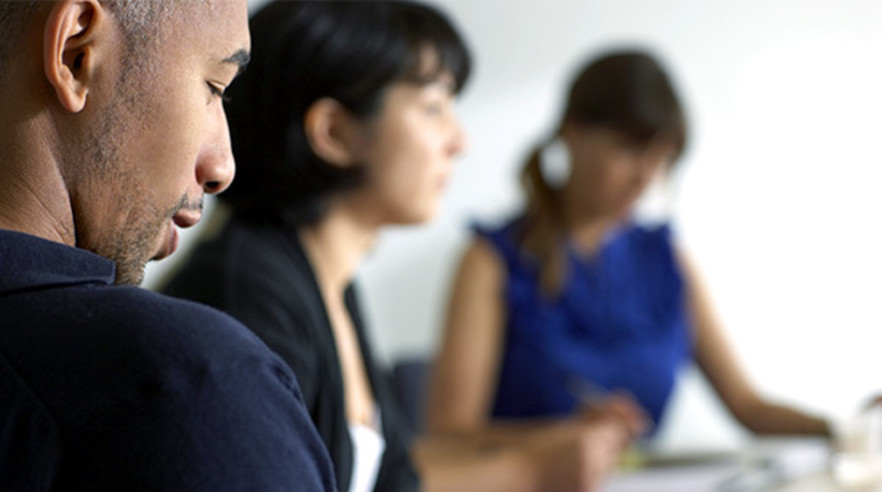 Do meetings at your company sometimes feel like nothing but a waste of time? If yes, you’re not alone. Out of more than 11 million formal meetings held each day in the United States, 71% of the attendees feel those meetings are not productive, according to survey by Microsoft. That’s nearly two-thirds of participants! Add to that the nearly 40% who admit to dozing off at some point or the 90% who fess up to daydreaming at least for a portion of these get-togethers, and you can see why meetings have earned such a bad reputation.

But if run correctly, meetings are anything but pointless brain-killing, time-sucking gatherings. In fact, they can actually increase productivity and communication despite the time they take. Like Dave teaches at EntreLeadership Master Series, there are number of way to keep your meeting on-track and worthwhile. To get you started on running great meetings, we’re listing a few of the most-common problems and how to fix them.

The Solution: Benjamin Franklin was right. Time is money. So when your staff comes dragging in, even just a few minutes late, it’s costing you. Let everyone on your team know in writing that being late to a meeting is not an option. Be kind but clear. Those attending need to be prepared and ready to go, even if it means getting there 10 minutes early. Your meetings will start on time, no matter how many people are missing.

The Solution: Set an agenda and stick to it. At Dave’s company, the schedule can be changed up to an hour before the meeting. But once it’s set, it’s set. If someone goes off track, it’s your job as a leader to reel them back in. If an issue isn’t resolved, assign someone to work on it and report back by a certain date, then move on.

The Solution: In today’s A.D.D. world, the average attention span is about 10 to 18 minutes. So even a 30-minute meeting can cause people to check out. Keep your team engaged by asking for input, and avoid lectures—a surefire attention killer. For longer meetings, schedule breaks. Other focus-slayers include:

Time of day: Too early or too late can kill a meeting quicker than Cleveland forgave LeBron James. The perfect session time, according to a study by online scheduling company When Is Good, is 3 p.m. on Tuesday.

The hunger game: If you slate a meeting around lunchtime, make sure there’s lunch. Nothing will get someone off track as much as the siren song of leftover pizza being reheated in the microwave next door.

Smart phones: Studies by the University of Southern California’s Marshall School of Business have shown that checking text and emails during a meeting is not only distracting but also annoying everyone around you.

The same-old same-old: Try different locations for meetings to break the monotony and pump up creativity.

The Solution: Have you ever been in a meeting that just goes on and on, taking twice as long as necessary? We all have, which is why it’s a great idea to set a time limit. Then, if the session gets off-track or someone feels the need to endlessly talk about a situation, you can remind everyone that time is limited.

Writer Victor Hugo once said that as “short as life is, we make it still shorter by the careless waste of time.” When at meetings, always keep that advice in mind. You, your team and your bottom line will all be happier for it as productivity rises and everyone remains well informed.

An essential characteristic of any great leader is a willingness to learn. And one of the easiest ways to gain knowledge is with our EntreLeadership Podcast. Each week, we share tools, tips and great conversation with some of the top business and leadership experts in the country, as well as interviews with fellow EntreLeaders. Subscribe now.